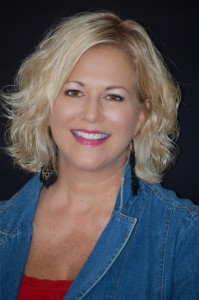 Beth Wiseman is the best-selling author of the Daughters of the Promise series and the Land of Canaan series. Having sold over 1.5 million books, her novels have held spots on the ECPA (Evangelical Christian Publishers Association) Bestseller List and the CBA (Christian Book Association) Bestseller List. She was the recipient of the prestigious Carol Award in 2011 and 2013. She is a three-time winner of the Inspirational Readers’ Choice Award, and an INSPY Award winner. In 2013, she took home the coveted Holt Medallion. Her first book in the Land of Canaan series–Seek Me with All Your Heart was selected as the 2011 Women of Faith Book of the Year. Beth is contracted with HarperCollins Christian Publishing into the year 2018, and she has published twelve novels and nine novellas to date.

Thank you for dropping by and visiting Beth. I am anxious for you to tell us about your new book, Her Brother’s Keeper, releasing July 7. 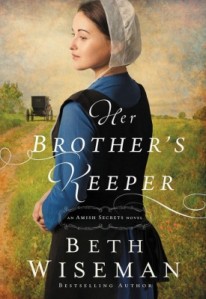 This is a new series I’ve begun called Amish Secrets and this is the first novel in the series. Her Brother’s Keeper. Charlotte Dolinsky is not above playing dress-up and telling a few lies to find out what happened to her only brother. In fact, that is exactly what she’s come to Lancaster County to do. Now, calling herself Mary and slipping on a kapp, Charlotte will lie her way into the confidence of anyone who knows why Ethan had to die. Unless she gets found out first.

But when Charlotte befriends a quiet Amish man named Isaac Miller, she begins to rethink her motives. And with a little help from a friend back home, Charlotte might find out that love comes packaged in ways she couldn’t have foreseen.

Isaac’s been caring for his cancer-stricken father and sympathizing with his frustrated mother for three difficult years. And that means he hasn’t been dating. He believes Hannah King is the woman for him, but Hannah is still grieving the loss of her fiancé, and Isaac has all he can handle on the farm. When Hannah’s family plays host to a woman named Mary, their new cousin shakes things up for all of them.

As Charlotte digs deeper into the mystery of Ethan’s death, she finds more than she’d bargained for in the community he once called home. But will she ever learn the truth? And what will the community—and her new family—do if they learn the truth about her?

I read on your website that you wanted this series to be a bit different, a little edgier. Tell us about that.

After writing two other Amish series and lots of Amish novellas, I wanted to create a new series that would be a bit edgier than what I’ve done in the past. Her Brother’s Keeper deals with serious subject matter. I wanted to challenge the characters to search their hearts and beliefs when tragedy strikes.

What intrigues you most about the Amish?

Their ability to forgive, often when it doesn’t come easily.  But since they do believe that all things are of God’s will, they accept whatever happens to them or loved ones as something more far-reaching than they might be able to understand.   Their sense of family is so strong, and I love being around the Amish children.  There is a sense of innocence that shines through.  And I love the fact that the Plain People are so funny.  They love to tell jokes, and many of them have a dry sense of humor.

You were just interviewed in Southern Writers Magazine, the March/April issue.

One of the things you talked about was spreading your wings and breaking into a new setting.

Yes. As a born and raised Texan, it seemed logical to write about what I knew.  I alternate between Amish stories and non-Amish contemporaries, which truly is the best of both worlds for me.  It’s like making new friends and visiting old friends—silver and gold.

It has been a pleasure talking with you about your new book. I hope you will visit again soon.

Be sure and visit Beth Wiseman on her website:    http://bethwiseman.com/

This site uses Akismet to reduce spam. Learn how your comment data is processed.